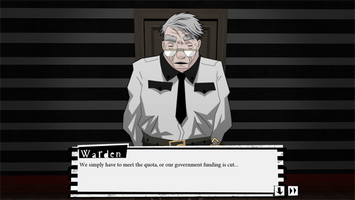 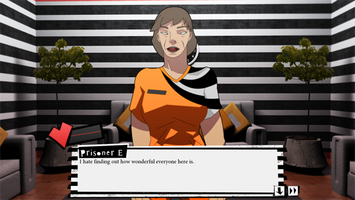 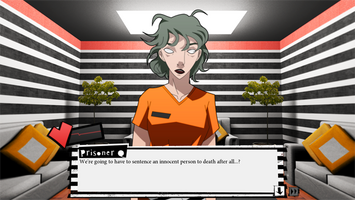 Well, it's been an intense thirteen days — to clarify, I started creating this project on March 12th. At the beginning of the day, I had no idea I would be making a NaNoRenO game. By the time I went to sleep, I had characters, a logo, a music track, and a full story outline — I work quickly, in other words! Thirteen days later, it's done.

You may be wondering, "If you work so fast, how come you never release anything?" Well, usually, the projects I make are much more difficult than this one. There might be lots of different mini-games, many more characters, CGs to draw, cutscenes to animate, research to do, and many locations to model. On top of that, they usually involve plots that are much more vague in my mind's eye. However, this project was deliberately designed to cut down on all of that to make sure I could hit the deadline.

I'm trying to increase my project output, and this and my last game, Little Yaga, both prove that it's possible for me to do so, provided I have a good idea. The idea part is honestly where I get stuck most of the time.

Anyway, I don't know if I'll have any future plans for these characters or this world. I feel like I kind of said it all — but maybe not! It seems like my brain is always inclined to give everything I do a sequel.

Speaking of sequels, I've been working on a special announcement about Broken Spirits (the sequel to Broken Minds) for a while now. Stay tuned.

Get Prison of Lies

Four innocent prisoners on death row must decide which among them will die to meet the prison's quota.