When I first released the game, I didn't really have that many extras, so I was unsure about giving them an entirely separate menu, at least at the start. But now with six extras, there's enough. 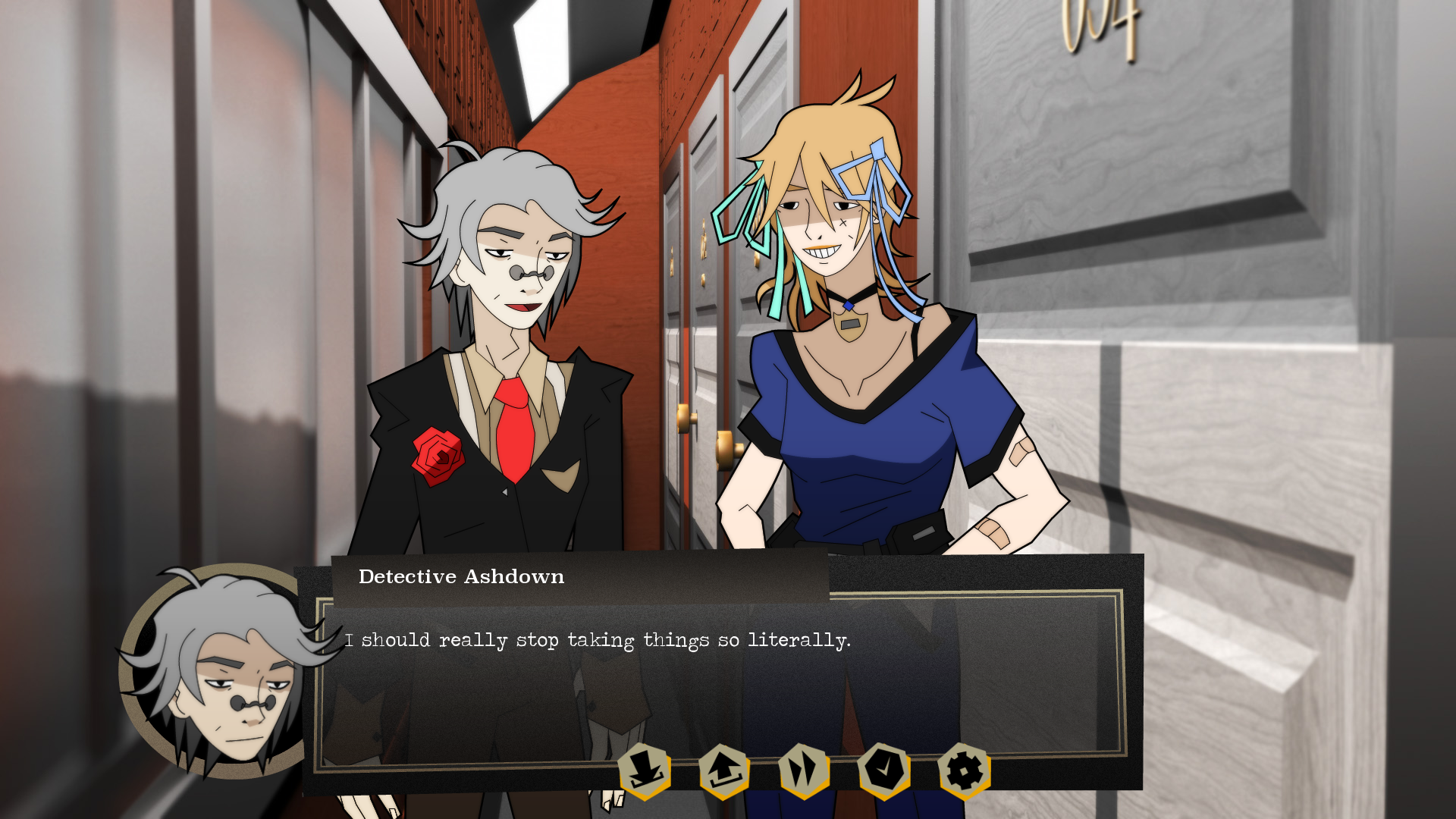 I do plan on making the design of these options and extras menus a little better — the current versions of these menus are temporary, as I will be adding more features to both of them.

This chapter really illustrates the pros of having a very formulaic story structure. The structure of the contest lets me swap out main characters, locations and even the entire cast of characters and it still feels like "Methods" — all thanks to that trusty game structure!

You know, it kind of reminds me of the same kind of storytelling as a shonen anime. An enormous cast, different "powers" (methods), different "arcs" and a very formulaic structure. One of the reasons why — and I can't believe I didn't mention this before — is that Methods is primarily based on the excellent manga Liar Game.

I highly recommend it — it also features multiple Game-masters, and I really like the characters.

Once a few more detectives from the "Ashdown Arc" are introduced, maybe it will be time for a new character poll, hmmmmmm...?

Finally, I just want to mention that getting a computer upgrade was an excellent idea. Working on the game is now 60% less frustrating — applications open and close in seconds instead of minutes, there's waaaaaay less lag, and TextEdit no longer gives me any trouble (Yes, TextEdit of all things was really, really slow).

Also, you may have noticed that I've started using en-dashes again. That's because I got a new keyboard as well. I spilled tea on my old one a while ago, and the delete key and hyphen key didn't work.

In order to get by without a delete key, I had to learn a bunch of new shortcuts to delete things, which didn't always work. "Command+X" both deletes AND copies. "Control+H" doesn't work in some text editors. I had to manually select text a lot and then retype it.

Anyway, it was a big pain, but that's finally over.

Wow, I wasn't expecting a new perspective switch - and I'm loving it!

Woes bullying Ashdown fills me with a great purpose sorta like Heck's absolutely-seriously-clownery fills my heart with laughter (and also forethought). Though I have great faith in the supposedly trivial, ahaha!..

And I was gonna make fun of (Inspector) Detective Ens, but... Her interview... : (
You do a really great job of communicating a lot with a little. I know I mentioned that before, but it bears repeating. Also, speaking of interviews... Tronnn's was...

Oh! And Detective's Jillian and Fox, huh? Heh. And here I was thinking the Sess (salad) was sesspicious... On that note, that menu, uuUUuuUUuuh -

Seconding Astral Autumn's opinion, this was a great set of chapters. Digging the new Extra menu, too, very clean. I figure you'll probably be playing around with it some, but I'm eager to see some of the familiar faces from the perpsective of the lower tier... It was already very interesting to see how they regarded (or rather, didn't regard) 'OG Whats-her-face'.

Finally - really glad your new rig is working well for you, pal. And hey, a manga rec from one of my favourite authors?! I'll have to give it a read, when I catch some more time.

Glad to hear it! It's always a risk when you switch out basically every character haha... but of course we haven't seen the last of the top tier detectives, at least for a while.

You're doing fantastic! I'm really happy I managed to find this visual novel; the characters are engaging and the pictures are really well done, all fitting this really quirky style that I seriously love. Not to mention the story itself is interesting and you never reveal your hand too early, so a lot of the backstory is sitting in the dark and we stumble across it or it leaps out at us without warning. And 7-whatever-number-of-mysteries-he's-solved-now and Nell's friendship! (I hope they make up eventually fjdk;a)

Thank you so much! Your comments help keep me going. :) I won't say too much but I think you will be pleased with where things end up!