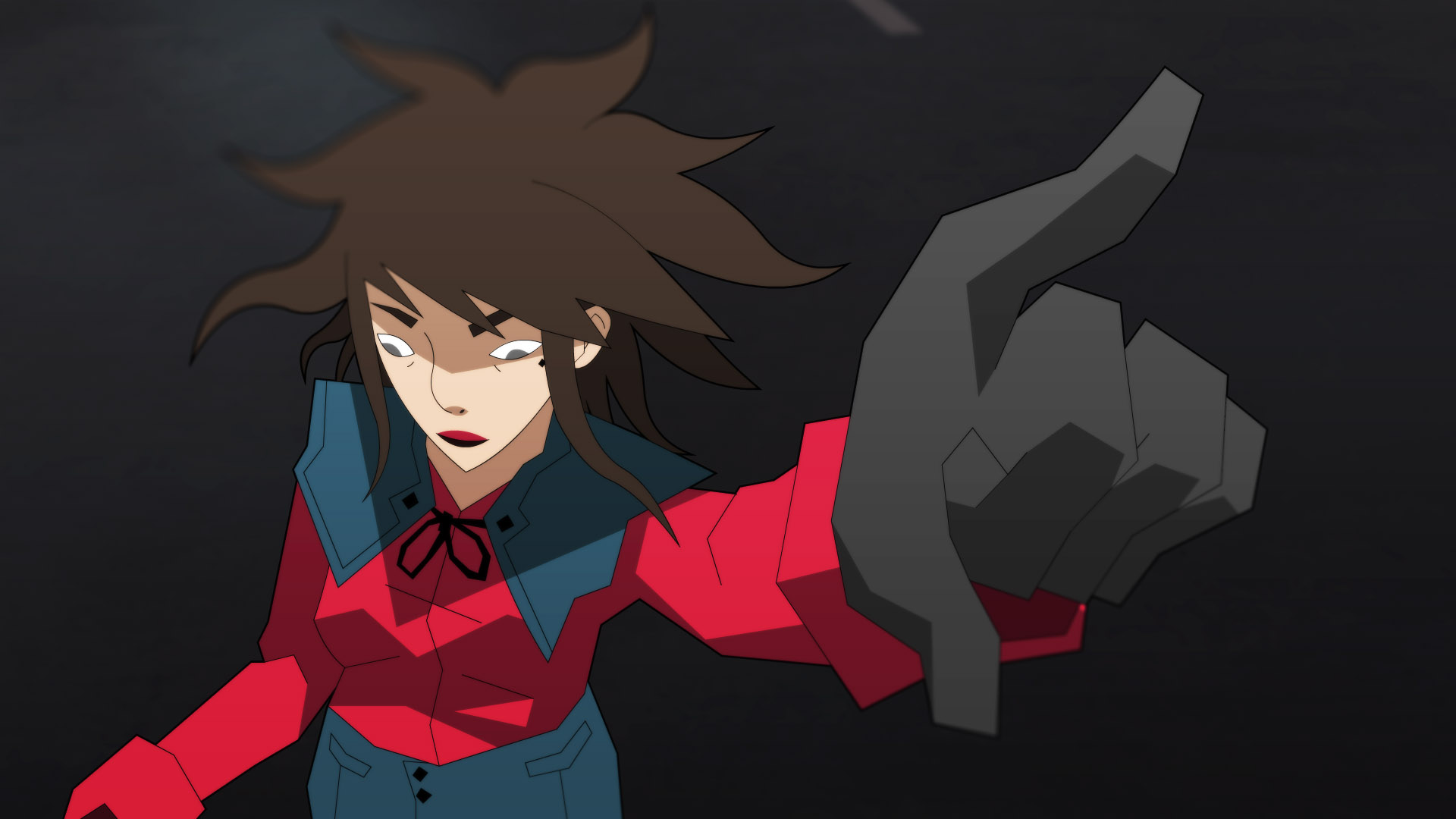 Well, it's 4 AM, but I did it... I finally finished all 100 chapters of Methods. What a ride! Before anything else, I should warn you that this Release MIGHT screw up the casefile until you play the new chapters, so just go straight to them and you should be fine.

This Release also has many other improvements, like some sprite and CG tweaks, but nothing drastic... yet. There was a lot to create for this!

I'm very glad the guitar track for "Circle of Squares" was finished today so that I was able to include the finished version. Whenever I feel like going the extra mile and commissioning real guitar, I always go to Vanja Grastic — in my opinion he's the best guitarist on Fiverr. I've worked with him on a few other tracks, in the upcoming game Blankspace and in Broken Spirits. Check him out here: https://www.fiverr.com/studioarmadillo

And also a big thank you to the saxophone player who did that awesome improv over the Methods theme — Oleg Lavrentev. Check him out here: https://www.fiverr.com/s2/2ba762bef5

Well now the "secret" is out — though a lot of it was sort of already there, it just needed someone to put the pieces together. The idea for the Winner's Square came to me early while writing the novel, and I was aware of it all throughout making this visual novel. Of course, that didn't mean I was watertight with all the hints and stuff.
I messed up a few earlier chapters where it's stated that the Australian competition already happened — that's no longer the case (though I'll have to pay attention to that during my polishing phase to make sure of that).
But I'm pleased that those little squares were on the right characters the whole time, and you would have just needed to realize that the winners of the previous contests were the ones with the squares and voilà! So it may not have been that hard to guess... I don't know!

In any case — Methods will not be "canonized" until it is officially complete, so anything is still liable to change, hypothetically. 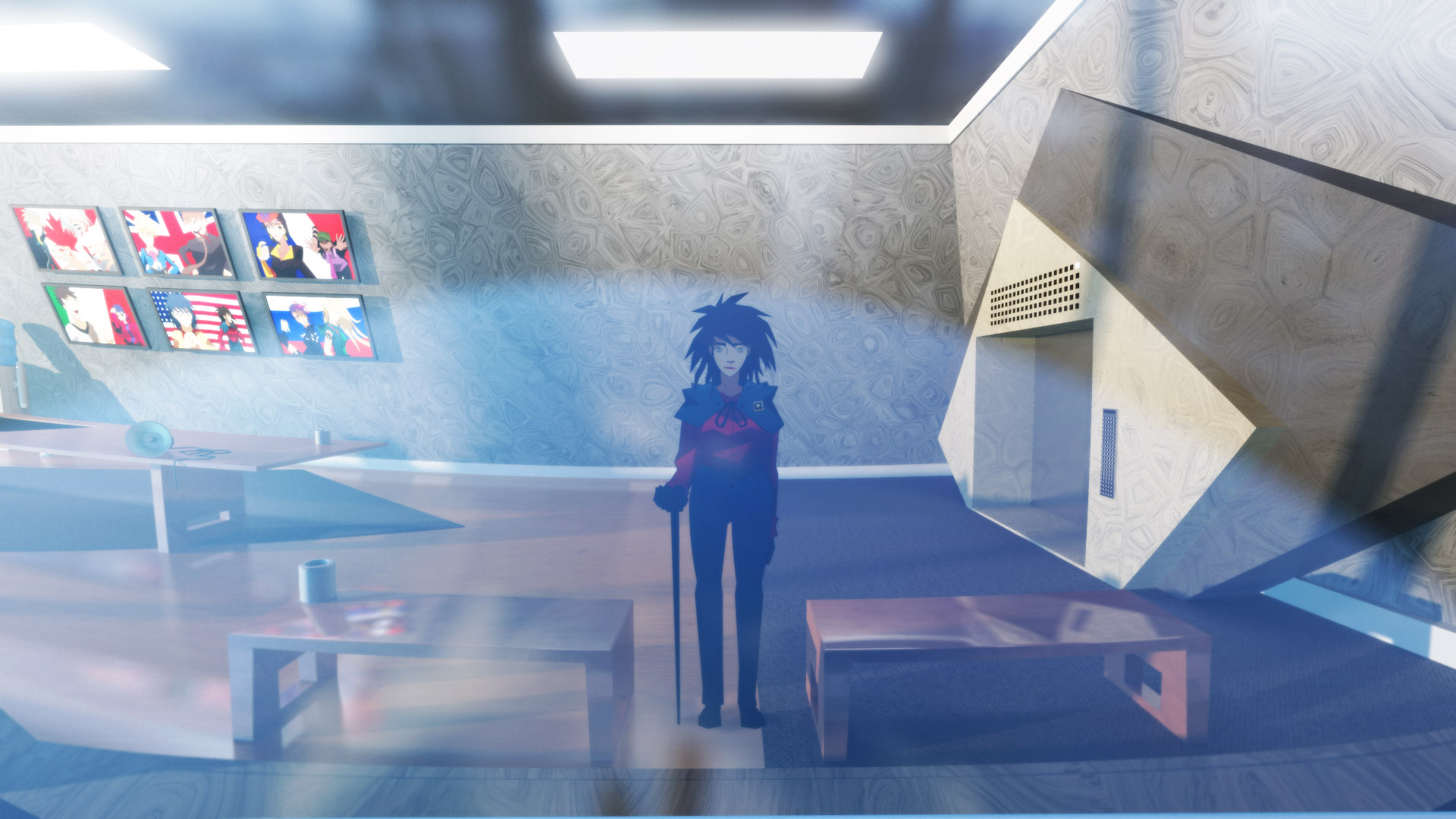 This Release had a ton of CGs... but what made it worse was that at the last minute I decided to add five CGs to explain Catscratcher's mystery. I think it was worth it for the clarity.

Back in 2014, I was in a bookstore, picturing what kind of book I would want to see on the shelves. The title "Methods" popped into my head. What I can't remember is if that's when I came up with the concept, or if I came up with it later, but a few months after that, I had written down a few ideas for characters.

Back then, we turned off the internet during the nighttime, which I was very against... I still wanted to be doing something on the iPad at night, but without the internet, what was there? I decided to try writing a chapter a night of this "Methods" idea with the vague notion of completing one hundred chapters eventually. The chapters would be extremely short, like the Jack Reacher novels I'd been reading, so that reading them would become addictive — "one more chapter" doesn't seem like much when they're only a couple hundred words each. And writing one hundred chapters is way less intimidating when each chapter takes only a few hours to write.

The entirety of Methods is 146,702 words (which includes Behind-The-Scenes articles). Though that's not super impressive by visual novel standards, it's still the longest thing I've ever written, so I consider that a success. I promised myself I wouldn't try to add pointless filler like you see in a lot of visual novels and I think I managed to do that for the most part.

So, now what? Well, the game's not quite finished. There are still two updates to come before I can truly say I've completed the game. I will only set the price to $20 after those updates — and by the way, that's entirely up in the air and if I get complaints about it, I'm happy to lower it. In any case, the game will remain free until May 1st so now's the best time to claim a copy.

The next update will be about checking as many things off my big to-do list as I can, and if I don't get to something... that's what week two of revisions is for! 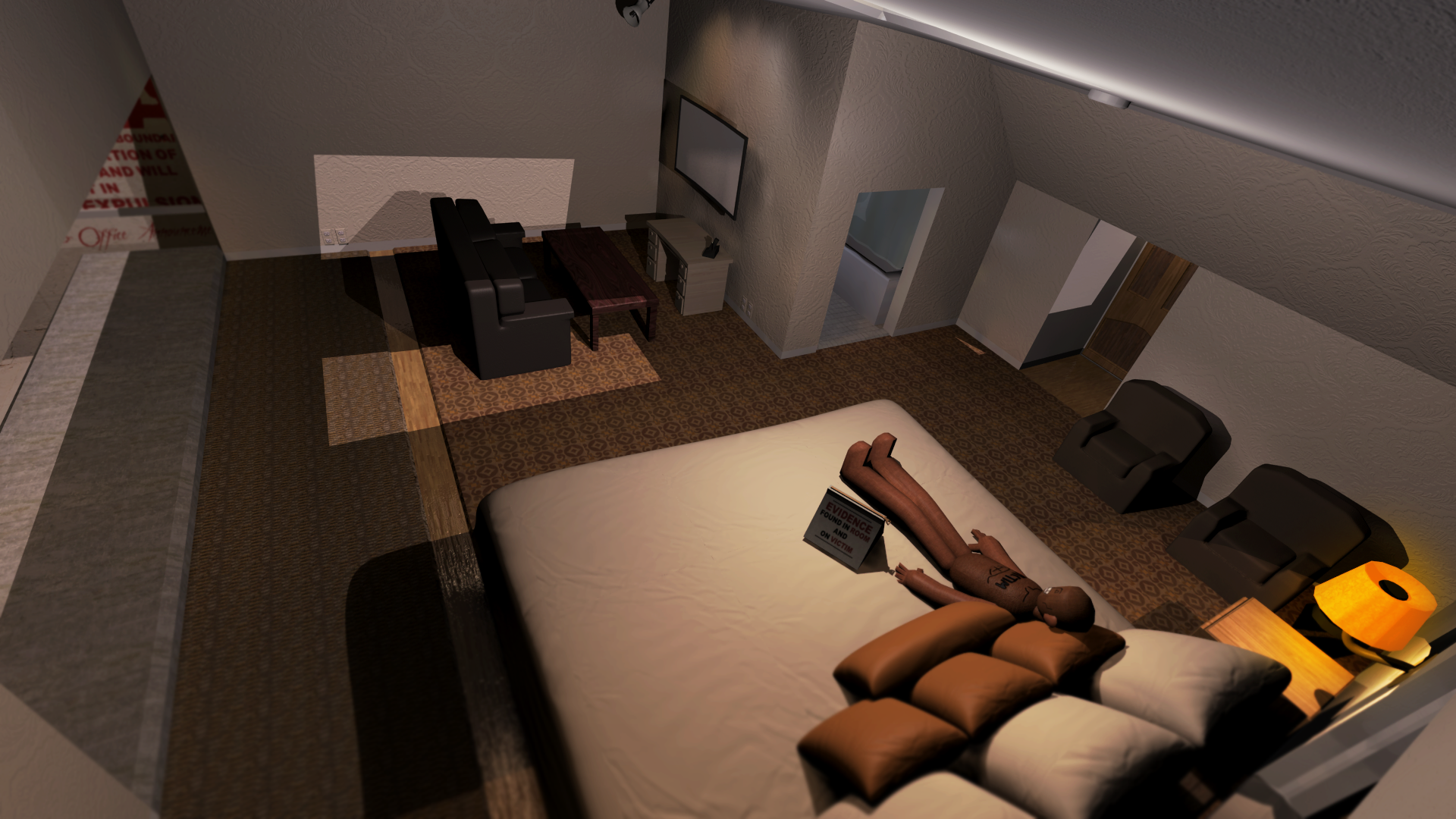 My main focus is updating Chapter 2's graphics and mystery, which is the minimum I'm going to try to get done. After that, I want to make sure all the bonus content is finally in the game — the last Behind-The-Scenes article, the final Interviews, and new features like a Sprite Gallery and a Backgrounds Gallery.

There are many other small improvements I want to make but I'll save that list for when I actually manage to do them — one thing I should note is that the soundtrack is NOT completely final and will change, which is why the high quality versions have not yet been uploaded on itch — but they're coming.

In short, v0.0 is focused on revisions and implementing features, and Week 2 is focused on making sure the game is ready for Steam, which will involve creating and testing Steam Achievements, making a new trailer, etc.

Working on this project has made me readjust how I think about motivation, schedules, and how to complete my projects. Basically — for long projects like this, treating it like a marathon and refusing to let myself do anything else really worked. I have no idea how long it would have taken to make this if I had done what I usually do, which is meander between various projects, making small advancements here and there until after a very long time they are all finished.

It's exhausting to do it this way, but I'm glad I did. I will have more details on this process in that final Behind-The-Scenes article — and in terms of how it will apply to future projects, I'm working on a post that will go on my blog about that (I'll link it here though).

From the moment that the ending hit...

Okay, first thing's first. Vanja? Oleg? Amazing work. As a contract guy myself, mad props to the other contractors out there - hearing the real instrumentation sent chills down my spine.

This isn't gonna be a particurlarly long review, because I really want to leave what happens up for a bit.

You covered so many little notes, how a certain plan probably wouldn't have been able to work with just a 'small' amount of money, relatively, how certain other characters got where they were, and that final thing left unanswered... Perfect.

And I think that 'I don't trust you, but I believe you.' is one of the coolest lines in the series. Obviously, what that fellow is scared of is... The Kinyats clan, but that's another story, for another time.

I think we're far down enough that the auto-cutoff'll handle spoilers, but seeing how certain detectives looked in the past - Kane, Larika, GREG - was really cool. I also liked some of the 'casual' clothes at the end. 800 sure did pick a humorous outfit, huh..?

This was a fantastic ending; I think you'll remember that one of my previous few big things was that I was left unsatisfied 'cause I wanted more. Well, this time, I feel satisfied, even though I still want more, ahaha; it's a small difference, but I think you get it.

Although the experience was exhausting, I feel like you could mix it with your normal strategy, find a good balance where you use certain times to refresh yourself, then keep a 'marathon' method (aha) for your full releases?

Either way - this was a fantastic journey from beginning to end. Those ending farewells were a real golden-age curtain call, and that was a real fun fact.

Yo, okay, one last question.
Throughout the story, it feels as if the world is kind of the 'ours-but-familiar-but-different' that's cropped up in several of your works. I don't know if it's because it feels like there's a very low level of unexplainable elements underneath the surface, some things seem more or less advanced, technologically... It just gives this really familiar-but-not feeling, and I dig it.

But I really really wonder just what that final 'puzzle' is. Poverty? Human nature? Something metaphorical like that? The heat death of the universe? Alien invaders? Alien invaders who really like puzzles?? No, space wouldn't be safe, uh... Dang. Point is...

Great job, LockedOn. It was a pleasure to be here throughout the release. :) Fantastic job, mate!

One last note, though there's a lot more I could and probably will say; I had to re-download and play Methods on a Win 2000 computer (!) that initially didn't have enough HD space to match the 150 MB Methods required(!?!), and somehow it made the experience even better.

One last time - great job making it this far, and thanks so much for the kickass story. All the best!

A Win 2000 computer?! Wow I'm a little shocked that it worked, but on the other hand, it's built on a solid python foundation. I'll have to remember that when I put in the  "Minimum Requirements" on Steam haha.

Thanks as always for your comments — it really helped me keep up the Releases. :)

Bill Watterson, in one of his anthologies, explained that he used older televisions in Calvin and Hobbes because they had more personality. That always stuck with me and I think it's really true, so I used older tech where appropriate.

Anyway, I'm glad you found the ending satisfying. I think that's partially due to how the story is linear instead of having multiple endings, but I also tried to make it more obviously climactic and explain every single thing — except that one thing. ;)

You did a great job, and yeah, it actually ran fine! (The computer itself ran hot, but not so hot that it was in danger... Probably...) Not that I'd recommend players follow my route; it just made the tension feel increasingly, uh, tense..? :P

I'd actually talk more about why the ending was satisfying, I think how you used foreshadowing well, even where I missed it (uh.... Dang, the whole Winner's Squares - they were there the entire time? And wait, does that mean they're essentially... A circle... Of squares?! HOW DOES THIS TIE BACK TO PIERRE THOUGH - ), but...

Really, it just was a great experience from start to finish. Being able to be part of a project throughout was fun too, and I'm glad I could give back a bit. :)

Oh, it's all connected to Pierre (who's getting a revamp next update)! Yup, the Winner's Squares were there from the beginning. :)

please help, can I update the game without deleting my save file ?

Yes! Saves are placed in your library, not in the game files, and should be unaffected when you update the game. :)

Thank you ! I just finish the game, truly a fantastic experience. I look forward to your other projects <3

Reply
Teatime for Cabbages2 years ago(+2)

Nice, congrats! I'm way behind on your releases so I'll finally have a chance to catch up.