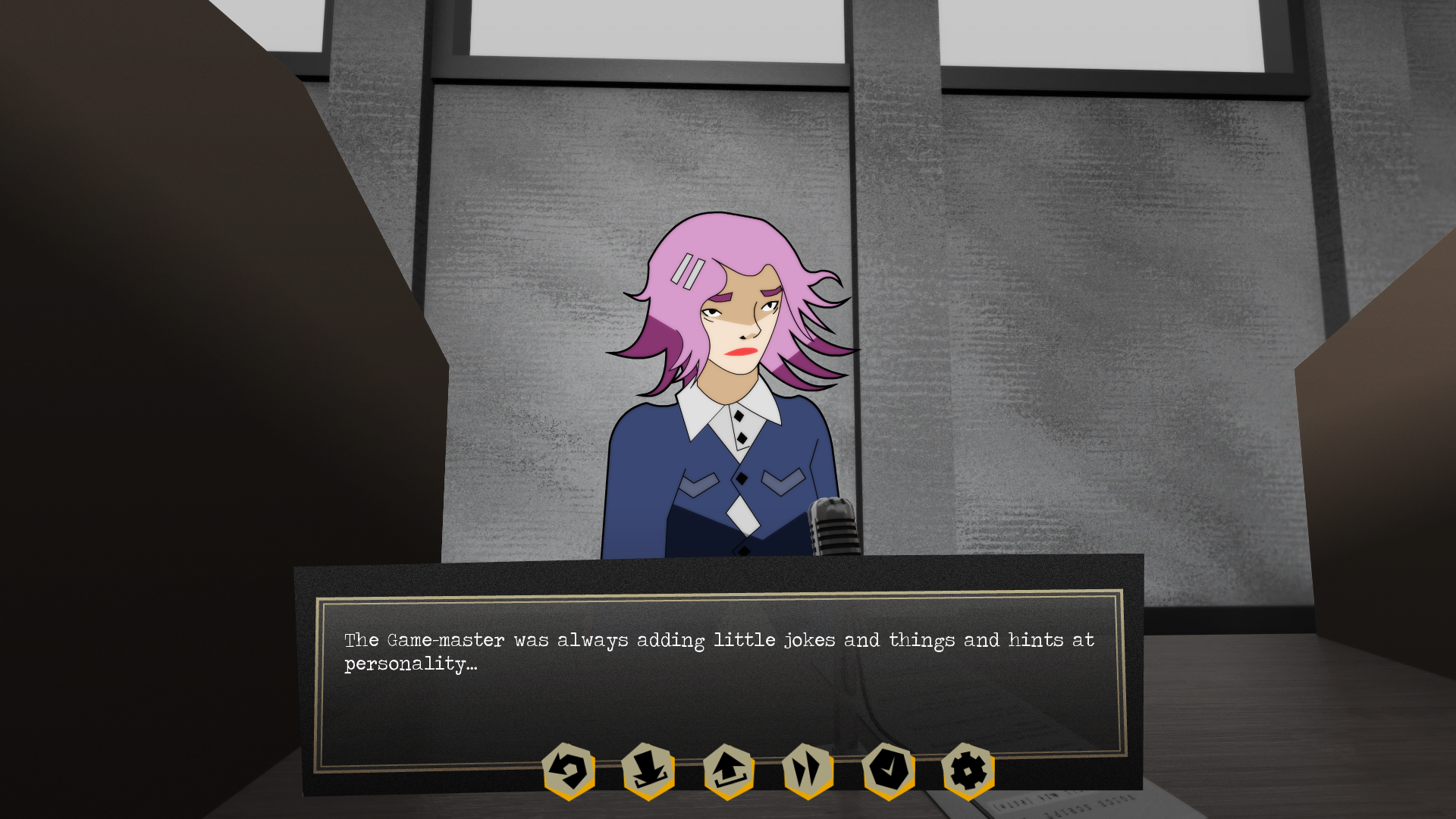 Well, I'm very relieved that I changed up my schedule because this Release was not ready at all by the end of Thursday...

As you can tell, certain plot-lines are finally starting to come together. I'm planning on updating these chapters with some CGs to further illustrate the deductions taking place, but there simply wasn't time. I'm not sure when I'll do that, but it's on my list of things to improve, which just keeps getting longer and longer!

For now, though, I feel it's best to focus on horizontal development so that I can be sure to finish all the chapters by my projected April deadline.

By the way, if you're wondering what happened with the text history feature, I tried to implement it, but it wasn't working properly and I couldn't get it together. Since it's a low priority feature, I'm going to put a pin in that.

i cant update this game for chapter 61 and 62 open C:\Users\AppData\Roaming\itch\apps\methods 4\Methods-1.0-win\game\BGS\chap62\com1.jpg: the system cant find the file?

I tried recompiling and re-uploading the file. Let me know if it works now! :)

No it still doessnt work now it wont update this game at all.

Hmm... I can't replicate it, but I'm on a Mac. Did you try uninstalling the whole game, then reinstalling it? If that doesn't work, I can think of a few other things on my end to try...

Hi, I've got the same issue; I'm wondering if the file in question (com1.jpg) is marked as read-only, and getting in the ways of installs and updates? Either way, I tried uninstalling, and it won't even do a fresh install; I sent a report itch's way, just in case it's a problem with how the download is served.

In the meantime, I'm gonna try a non-client download, just to see what happens. I'll report back!

EDIT: Okay, I got to the section where com1/2 would normally display. The files themselves are fine! But I've noticed an underscore before each file, eg _com1, _com2, and weirder still, when I attempt to rename them I'm told that the device is invalid. At least it was, until I tried copying the contents into paint.net and making a duplicate...

Apparently com1/2 are reserved by windows. Hnuh, wouldn't have guessed that. Either you can slap-patch every instance of com1/com2 to be _com1/_com2, or maybe think of a different alias. I never would've guessed windows would be so specific about communication ports, but, windows.

Editedit: I hope it's okay that I hacked the gibson, but opening up chapter62, and adding the underscore before com1 and com2 has everything running right. I'd like to say I'm a little technically aware, but I never even knew communications ports reserved filenames. You'd think the extension would obviate that, yeah?! Crazy.

Hmm, that's pretty strange! If that's all it is, I'll just rename those files. Thanks for the help!

Okay, hope it's all right if I intervene, here...

I downloaded the game using an internet browser - a manual download, as opposed to the itch.io client. It installs and plays correctly, and the file that itch is failing to recognise is there and visible. I'm not entirely sure why itch's automated client is failing to parse it, if that's what's going on, but - if you've got a decent internet connection, that'll let you play the update.

Edit: Since you're playing on windows, it still won't run 100%. I believe I've solved the problem, but it requires editing a game file. The solution should be fairly easy to patch in, though!

Edit the second: Should be working now, LockedOn seems to have fixed it. Try updating, lemme know if it isn't working on your end!

no it still doessnt work for me it still gives me the same problem it wont update.

Hmn... If you haven't tried uninstalling-reinstalling, do that.
Otherwise, go to your install directory (example: C:\itch.io games\methods\Methods-1.0-win\game\BGS\chap62 ) and try deleting everything there. Then, in itch.io's client, go to your library, right click on Methods, and either check update or uninstall/re-install.

yup it worked i was afraid if i was gonna uninstaling this game i would lose it since i got this before the price came it was free at first but i reinstall it again and all 62 chapters are there so it worked thank god now i hope i wont have any troubles when chapter 63 and 64 show up but for now problem is solved.

Glad to hear it!